Today I came across the story of Stephanie Nielson, aka: NieNie. 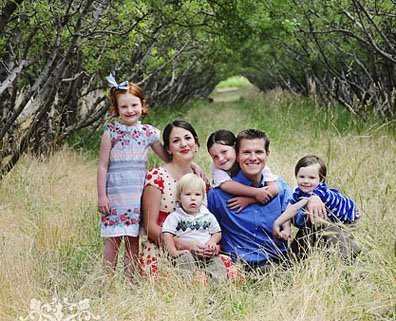 This woman is 28, married to the love of her life, and a mother of four little ones (two little ladies and two little gents). She is highly interested in cooking and photography, and lives in Provo, UT. She spent five months in an Arizona hospital and only moved home this last February ('09) because....

Their lives since have been filled with days that have been hard and harder. Stephanie was in the hospital for five months, and during that time she was separated from her four young children (ages 7 and under). The pain has been paralyzing. And the road to recovery has been long, arduous and hard to see.

“My lowest of lows has got to be when I was told by the doctors and nurses that I needed to look at myself after the accident,” says Stephanie, who has chronicled her recovery on her widely-read blog the NieNie Dialogues (www.nieniedialogues.com). “My face was badly burned and changed. It took me months to accept that I looked different. Nurses would bring in mirrors and ask if today was the day … it never was. Finally, I made everyone disappear and I was alone and looked at myself. It was terrifying. Then I had to reintroduce myself to my children — all of whom had a hard time accepting and recognizing me. It was the hardest few weeks I have ever faced. Jane (her daughter) didn’t look at me for almost two months.”

Stephanie has her own blog { here } with very few pictures of herself, and a great number of images and details about what she sees everyday. She is so real. My heart broke and was reawakened as I learned her struggles and minor daily triumphs. These include opening jars, and removing pen caps, as well as not crying in the shower. Her success she gives to the devotion and calling of her family. Her sweet husband, parents, siblings, and children.

Today I feel inspired, and I recognize that I am blessed.