Sometimes Being Rewarded is Nice

1. This is the first semester (ever in my whooole life) that I've gotten a 4.0 GPA.
2. It's especially meaningful because this was also my busiest/ most difficult semester I've had.
3. The other day I received my certificate for being on The President's List, which is cool. It's the second or third time, which is also very cool.
4. Ryan was like proud of me or something and so he asked that I pick out something special or some kind of treat (we were grocery shopping) as a reward. I chose these flowers and some Crystal Clear drinks.
5. Aren't these lovely? I think they're beautiful. Since I took this they've opened up even more. :) 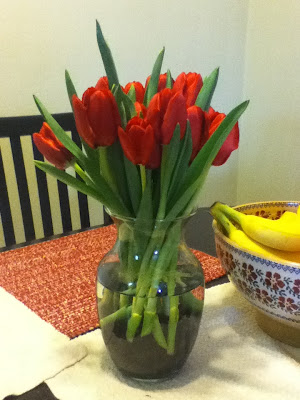