A Song for Saturday: "Different" by Ximena Sariñana

A good mix CD or playlist is kind of essential for unpacking after a move, right?  Well, I've heard this on the radio for a few weeks and finally remembered to add it to my playlist today.  After four days, progress is slow, but it's starting to look like people live here.  Still more boxes to unpack, but I'm pretty determined to not have any unpacked boxes hanging around in a couple weeks.
The view from my red chair: 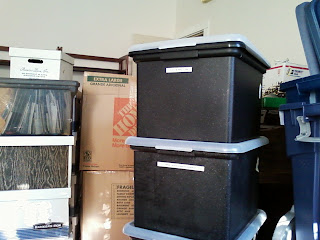 Ximena (hee-MEN-uh) Sariñana Rivera is 25 and from Guadalajara, Mexico.  She released an album in 2008 called Mediocre, which received two Latin grammy nominations.  At the end of July this year, her second album, Ximena Sariñana, was released in North America.  Her first single from this album is entitled, "Different."  It's spunky and playful; you'll find yourself singing along to the chorus.
Have a good weekend!
Email Post
Labels: moving music