Last Christmas I made this super-awesome rainbow-layered Jell-O.  It was beautiful.  So, I decided to make one with reds, purples, and blues, for Thanksgiving this year.  Well, after this layer you see below - even with five other semi-successful layers on top - it all went down hill.  I just didn't want to give up, though I probably should have just started the whole thing over again.  Anyway, the end result was a colorful Jell-O soup, which is fun for about one slurp.
My efforts weren't a complete failure though, because the appetizers/snacks were edible.
For the savory popcorn, which was spicier than expected, go here.  For the white chocolate popcorn, which was just as delicious as was expected, go here. I added a little more white chocolate than she called for.  Growing up I had a neighbor who would make this every Christmas with mint M&Ms to pass out.  Dangerously tasty.  If you haven't had it, you need to make some this Christmas, or whenever you're going to have lots of other people around to eat some, too, so you don't eat the whole bowl.  The veggie tray was complete with: cucumbers, celery, carrots, orange and red bell peppers, black olives, and petite sweet pickles. 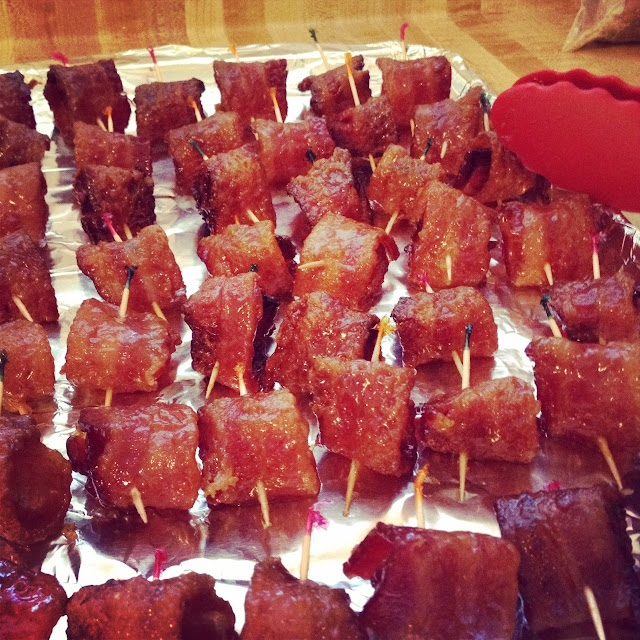 The yum-yum bacon is bacon, mustard, and brown sugar gooey-ness that gets stuck in your teeth, and is so rich that you can only make eat it once or twice a year.  You'll still crave some, but your dentist will thank you.
Overall the meal was delicious, and we had a great time visiting and Skyping with family on the East Coast, but I still think my favorite part was admiring the pretty table setting.  Observe. 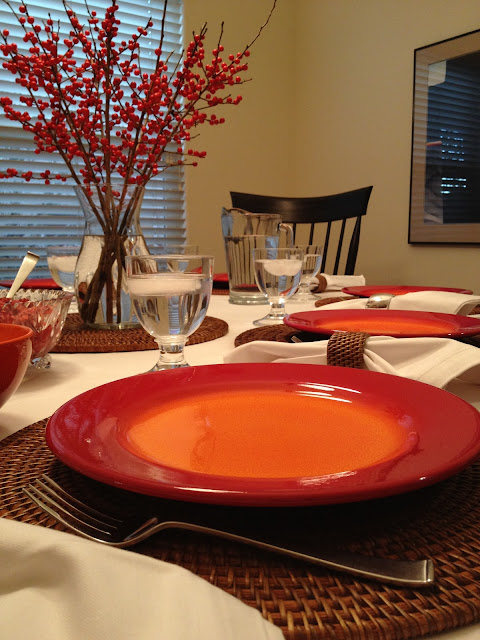 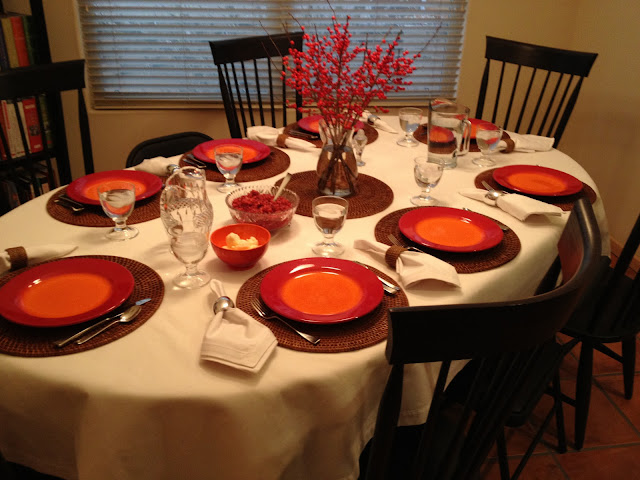 Preetty.  My mother-in-law has a "thing" for the color orange, and her stoneware is very fall appropriate. :)
Email Post
Labels: 2011 annoying family holidays